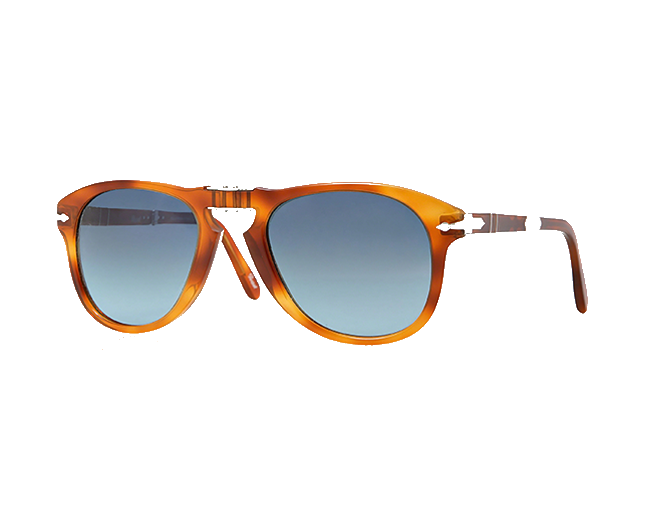 The Special Edition Persol PO0714SM Steve McQueen, detailes with Steve McQueen signature emblazons the inside of the temple arm as well as the elegant leather case.

To learn more about us

It was 1968 when an already famous and charming Steve McQueen appeared on set wearing the Persol PO0714SM model for the first time. The film was The Thomas Crown Affair which elevated both Steve McQueen and his sunglasses to legendary status. Inseparable allies in both his on-set adventures and in his personal life, Steve McQueen, who was a fan of the Persol brand and the PO0714SM model, owned a personal collection. In 2006, one of his pieces was auctioned for approximately $70,000. Steve McQueen's love of the Persol PO0714SM on and off screen played a role in making the glasses a legendary icon of style. After more than forty years, Persol celebrates the actor by re-launching his favorite model in a special edition.

Persol PO0714 differ from the original version for a series of small but important details:

- the return of the blue lens, the favourite of Steve McQueen;
- folding closure at the back end of the temple arm, no longer top to bottom, but now from outside to inside;
- the Supreme Arrow, Persol's distinctive mark, is the functional element enclosing the hinges. Here, it is mounted both on the temple arm and front of the frame - as in the classic model - as well as on the folding hinge and middle of the temple arm, with a total of four arrows. This design choice clearly accentuates the identity of a model that is already iconic;
- the Steve McQueen signature emblazons the inside of the temple arm as well as the elegant leather case.

Persol, the iconic made in Italy eyewear brand, made its debut in 1917 and was acquired by Luxottica in 1995. With its evocative name, meaning “for sun”, it is the proud heir to a culture of excellence and craftsmanship, a perfect alchemy of aesthetics and technology. The irresistible appeal of timeless design and art-like quality makes the brand a favorite in the world of cinema.Persol has always been the brand of choice for athletes. However, in the 1990s, Persol expanded its brand and became a household designer name for sunglasses.

Persol is made in Italy and can be found in luxury stores. 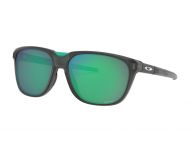 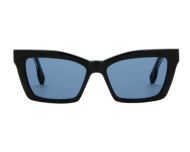 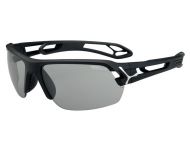