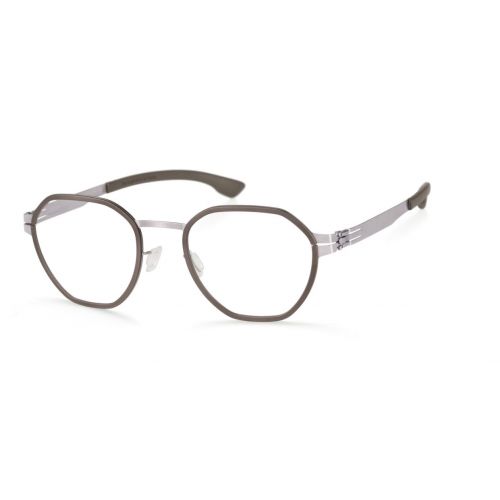 Ic! berlin history. He first series of our well-known screwless hinge system glasses was produced in 1996. This series was offered for sale to the public in the "design-transfer galley" (berlin) during a launch party. a single model was then decided on for production: "jack". At the same time, nine famous actors and actresses were written with the plea that they create some advertisement for the sheet-metal glasses. and it worked: corinna harfouch and peter lohmeyer decided to join up, and to take us by the hand financially. Our very first trade-fair was in 1997, in cologne. although we were a tiny stand, hidden behind some gigantic eyewear company, the truffle hunters of the industry didn't stop from sniffing us. After our success, the first orders from the usa, japan and europe were put down on paper. it was like a dream, unbelievable! then, "ic! berlin" was accepted into the designer-glasses-firm circle. it was 1998, in paris, and that happened because of the bestowment of the "golden silmo" (in professional lingo that's lovingly referred to as "the glasses-oscar"). the same year, we were also in our first international fair, in milan, and it was thrown the first "sheet-metal-sunglasses party", in berlin's club der visionäre. The company grew and grew that's how on the 1st February 1999, ic! berlin brillen gmbh ( ic! berlin glasses inc.) was founded. with its founding, a further landmark was set in the direction of creating a real company . in a kind of self-reproduction, the father model 'jack' gave birth to sons and daughters: names like peggy, jury, max or phil were on everybody's lips. the company has opened itself to new ideas, which may not have otherwise been able to find an open ear in the world of industrial professionalism. Since 2003, ralph anderl has been leading the firm alone as acting partner. officially, he carries the honorable title sheet-metal-glasses-salesman. Internationally, ic! berlin has cooperated and cooperates with different designers: antonia kapretz (berlin), joop/wunderkind (berlin), wolfgang proksch (south germany), arik levi (paris), simon koenig (basel), markus lupfer (london), markus moser (zurich), unrath and strano or superfine (london) are just a few examples. 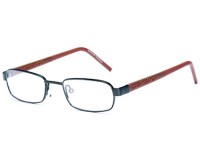 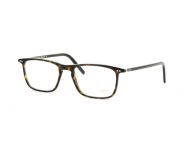 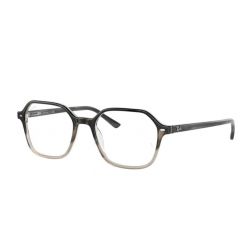 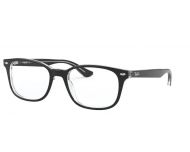 Ray-Ban
Ray-Ban RX5375 Top Black Transparent
€115.00
Back to top
Newsletter
Register to receive the latest information
Register to our newsletter